And my first book review is a fact! As I mentioned begin April, I’m starting a new category named “reviews” where every month I post a review about books and movies/series.

The book I’m reviewing today is “The best of me” written by Nicholas Sparks. For your information: I red the Serbian translation of this book (“Najbolje od mene”). 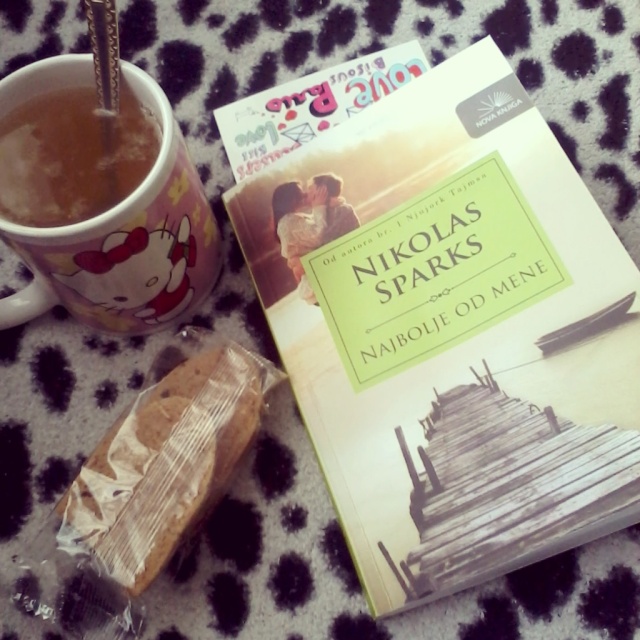 About the author
Nicolas Sparks (born on December 31,1965) is an American novelist, screenwriter and producer. During his career, he published 17 novels and 2 non-fiction books. From this 17 novels, 11 of them were adapted to film. You probably know him from his novels such as The Notebook, Dear John, The Last Song (who were also adapted to film).

The story
“The best of me” is about Dawson Cole and Amanda Collier, two high school sweethearts who are reunited after 20 years because of the death of their friend Tuck Hostetler. They ended their love very harsh and lost contact when Amanda goes to college after their summer together. After 20 years, they’re reunited in their hometown (Oriental,North Carolina) where their friend Tuck also lived. Tuck died and left a will behind which Amanda and Dawson have to fulfill. But both Dawson and Amanda have their own lives built up in the years separated and their past and today haunts them while they’re in Oriental.
Time goes by and Amanda and Dawson realize that nothing is what it seems like and that they have to face the memories and analyze their own lives.

What I think about the book
AMAZING! I’m totally in love with this story. I really like to read roman’s and when I red the back cover, I immediately bought the book. When I start reading it, I thought I would know how it ends. It just leads you towards those thoughts. But when I came to the event where I thought it would end, I saw I was just halfway! When I red further, it was all a surprise to me. The life’s of all the characters cross at one point and you didn’t see that coming.It was a very nice book with a very emotional ending.
When I was writing this article, I didn’t know that Nicolas Sparks is also the writer of stories as Dear John, The Notebook, The Last Song, Safe Haven and so on. I watched all the movies and I totally loved them. Note to myself: I’m buying all the novels!

The movie
When I was writing this article, I found out that their is also a movie adapted on the novel! He came out in theaters on October 16,2014 (in the Netherlands) and is already available on DVD and Bluray. Dawson is played by James Marsden and Amanda by Michelle Monaghan (The younger versions are played by Luke Bracey and Liana Liberato). I’m definitely going to get this movie and watch it as soon as possible because I’m really curious how they pictured the whole story. And to tickle your imagination, this is the official trailer:

Favorite quotes
“Don’t take my advice. Or anyone’s advice. Trust yourself. For good or for bad, happy or unhappy, it’s your life, and what you do with it has always been entirely up to you.”

“Life was messy. Always had been and always would be and that was just the way it was, so why bother complaining? You either did something about it or you didn’t, and then you lived with the choice you made.”

“I gave you the best of me, he’d told her once, and with every beat of her son’s heart, she knew he’d exactly done that.”

“Love, after all, always said more about those who felt it than it did about the ones they loved.”

Thanks to Goodreads for the English translations! 🙂

I hope you all get a little bit curious after reading this review. If you’re a fan of roman-drama stories, than I highly recommend you this book!